How did the Lord open the door for a deaf ministry?

Keila took one year of American Sign Language (ASL) in high school so that she could communicate with a deaf friend.  However, when she finished her class, her friend moved away.  The knowledge she gained in that class was then "put on the shelf."  Little did she know that God would use that knowledge ten years later.

When Keila and Matt arrived in Uganda in 1999, another missionary wife had started a small deaf ministry.  After one year, this couple moved to another town.  The main deaf man, Ambrose, had been attending church services in Mbarara.  The one-handed alphabet is the same in both Ugandan Sign Language and ASL.  Keila determined that even if she had to spell the entire message, it would be more than if no one tried to interpret for him.  From that service, Ambrose started teaching Keila the Ugandan Sign Language.  Ambrose had been taught ASL from the American Peace Corps in the country.  Because he knew both languages, Keila would show an American sign that she remembered and Ambrose would teach her the Ugandan sign.  As Keila continued to learn, more deaf would visit the church.  Keila soon became fluent in the Ugandan Sign Language but as the family grew, demands on her time also grew, so there was the need for another interpreter.  There are no nurseries in the churches here, so Keila was torn between caring for her children and helping the deaf that would attend church.

In the last ten years, Keila has had the opportunity of teaching Ugandan Sign Language in the Bible institute.  Many attended and showed interest, but few stayed as a deaf interpreter.  There are some, however, that have shown a real burden for the deaf, and Keila was able to turn the deaf ministry over to one of the national men in the fall of 2009.

Now that we are in a different district, our deaf ministry started over.  Keila is once again the only interpreter.  The number of deaf has fluctuated, but we continue to have a heart for the deaf community.  Keila is preparing to teach Uganda Sign Language (USL) in our Bible college.  There are about twenty people interested in taking the class.  There are several people already using the few signs they know to communicate with the deaf and make them feel welcome.  We have seen several deaf come to Christ with others close to salvation. 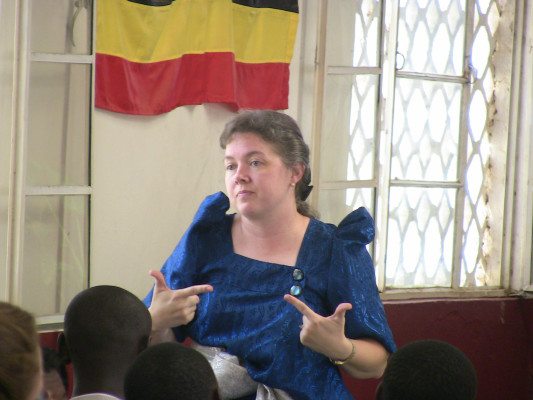 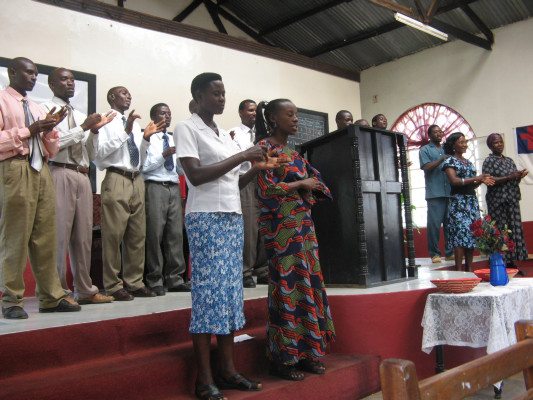 Now that we have moved to Kasese, the language has also changed.  The people here in Kasese District are the Bakonzo people who speak Lhukonzo.  They do not have a Bible in their own language.  The Bible they are currently using is in the Kinandi language which is a similar language that is spoken across the border in Congo.

We are presently working on: first, getting a John and Romans in Lhukonzo; second, to expand to the New Testament; third, to have a complete Bible in the Lhukonzo language.

A description of the steps a verse goes through to be brought from the Greek Textus Receptus into Runyankore. 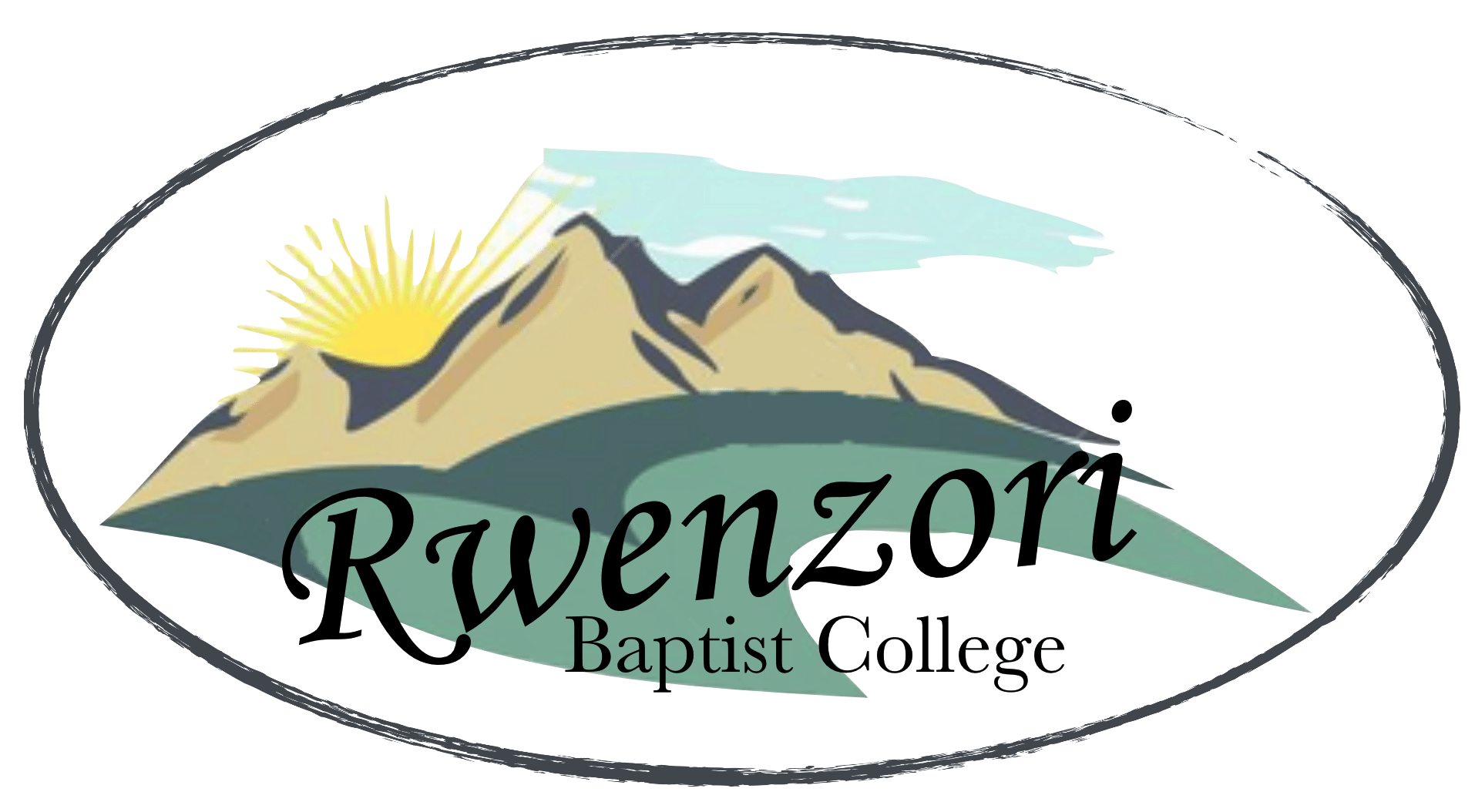 From 1999 to 2013 I had the privilege to work with my Dad in the Independent Baptist Institute in Mbarara.  It was such a special blessing to be a part of training men to go out and start other churches.

In September of 2013 we moved to the town of Kasese.  Then in March 2015 we started the Rwenzori Baptist College for the  purpose of training men and women to serve God.  We have divided the Bible college into 3 different branches.

The regular college in Kasese town is for those men and women who attend the Independent Baptist Church of Kasese and desire to know more about the Bible.  These classes are taught twice a week for 12-week terms.

The mobile college is for those men who believe God has called them to preach or pastor, but they live too far from Kasese to be able to attend the weekly classes of the Bible college.  Therefore, we take the institute to them once a week for 6 hours a day.  These terms are for 5 weeks.

Then, we have the tri-annual Bible institute (TBI) for those who are still being trained and even those who have graduated from the Bible institute.  It is a concentrated week-long institute where we teach one specific course for over 8 hours a day Monday - Friday.  We provide for their lodging, food and text books.  They provide for their own transport to get to Kasese. In the evenings, different men will preach brief messages of encouragement to the other men.  It is a great time of learning and fellowship with other godly men from around Uganda.

This church was started in the village of Kyahi in 2001.  Through the burden of one of Matt's prison converts, named Mugarura Eliab, Matt went out and began preaching, soulwinning and discipling in Kyahi.

The church officially started in 2002 and Eliab took over the pastorate in 2004.  He has since graduated from the Independent Baptist Institute of Mbarara and has continued serving the Lord faithfully since then.

This church was started through a man from Rubindi town getting saved listening to Life Radio in Mbarara.  Byaruhanga Vincent then came to Mbarara looking for the church associated with the radio station.  Matt began discipling him every week and after that began to take the mobile Bible institute to Rubindi.  Vincent then told Matt he believed the Lord would have him start an independent Baptist church in Rubindi.  He continues serving the Lord, soulwinning, discipling people, preaching every week and has since finished his Bible training in the institute in Mbarara.

Read Vincent's story "Vincent Has Done Well For Himself" 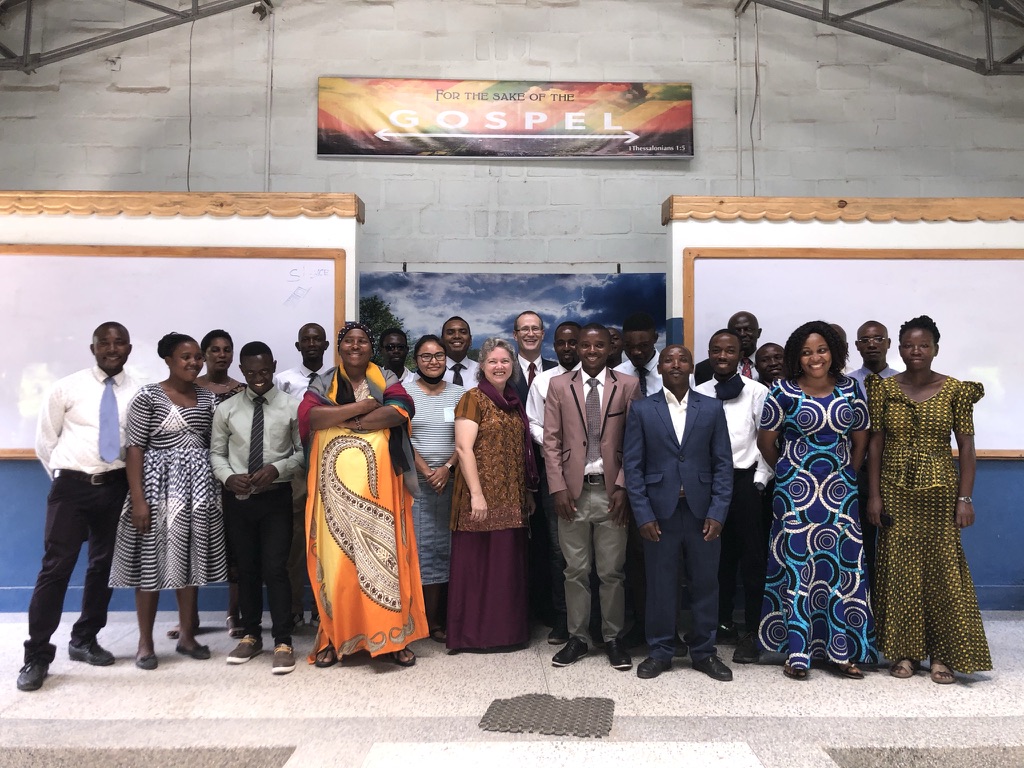 We praise the Lord He provided for our church people to have a beautiful church building and a multi-purpose building (for Sunday School, Bible college, dormitories, future radio station) in a great section of town.  It sits directly on the main road through town with thousands of people passing by everyday, with good access, good visibility and within 1 kilometer of thousands of people.

While Matt is the current pastor, his plan is to turn it over to a Ugandan pastor who will be able to continue to lead the church for the glory of God in doing the Great Commission - preaching the gospel, baptizing new converts, discipling them to go and do the same.

One of the men from our church in Kasese has been led of the Lord to go back to his village and start a church.  He is soon to graduate from the Bible college and we will be sending him to do the work of the Great Commission in the village of Karusandara.